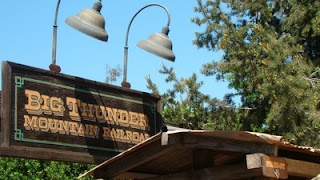 The rumor has been out there since last summer but Disney finally officially announced the closing of the Big Thunder Mountain Railroad January 7 for an extended refurbishment. The iconic ride is not scheduled to reopen until next fall with the reported re-opening being around October 30. What does a 10 month closure of the gigantic ride get you? Officially from Disney (according to Disney Parks Blog) you get a new track (though the ride itself doesn't change). You get new ride vehicles (though it will still be a railroad train - let's hope the same people who designed and built the new Matterhorn vehicles stay as far away as possible). And you get a new paint job on the mountain (though after all these years, I still thought it looked pretty good).
Not quite official, we hear that the passenger loading platform will be rebuilt, the so-called NextGen queue elements will be added for some measure of entertainment for those waiting in line. And most controversial of all is the possibility of the removal of the town of Rainbow Ridge which overlooks the ride and is a remnant of the former mine train attraction that occupied the area decades back.
I don't think I've been on Thunder Mountain Railroad in 3 or 4 years. I tried a couple of times but it seems like every time I was by there and tried, the ride had somehow broken down and not taking on riders. So another 10 months isn't going to kill me. Look forward to the new and (hopefully) improved Thunder Mountain Railroad sometime late next year though.... 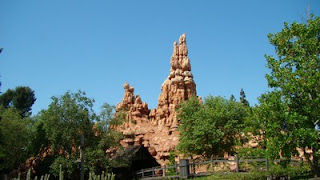