Muppets On The Rise 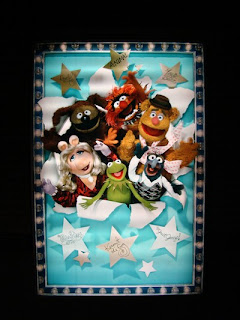 I guess there are two kinds of people in this world.  Those that like the Muppets and those that don't.  Count me as a fan.  The Muppets 3D attraction in Disney California Adventure presents a bit of a challenge.  I like it.  I like the humor, the whimsy, the understated jokes, the characters.  I like the queue area and I even like the Muppets 3D film itself, but there lies the problem.  Like a lot of the 3D efforts Disney has put in their parks, after so many viewings, the films get rather tiresome and in the case of the Muppets in DCA, even the exploding theater is now predictable. 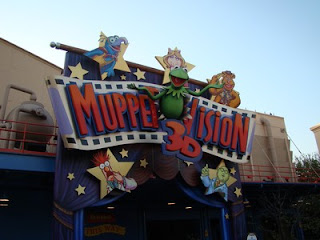 On our last trip to Disneyland and DCA in March, Mrs. DisneylandTraveler and I had just gotten out of Aladdin or off Monters Inc. when I asked her if she wanted to go in and see the Muppets.  This had worked countless times before.  The Muppets 3D is a no effort attraction - never a long wait, never very crowded, and they get people in and out quickly.  But on this particular visit, Mrs. DLT said she had seen the Muppets enough and didn't really want to go in.  I can't blame her I suppose but it probably did break my streak of seeing the Muppets at least once on every single one of our trips.  It has gotten a bit long in the tooth but these are THE MUPPETS, personal friends. 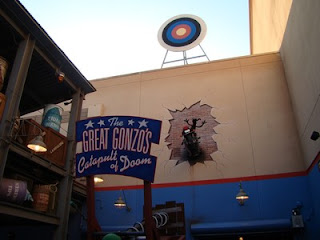 There is hope.  Rumor has it that a new digital Muppets 3D movie is on the way.  Whether they'll update the old one or have a brand new film I don't know, but any update to the attraction would be appreciated by its scores of fans.  And coming to save America when America really needs it - on November 23rd, Disney releases a brand new Muppet movie to the theaters.  Here are a couple of trailers.

So Disney is resurrecting the Muppet franchise.  Disney bought the Muppets (the Kermit Muppets not the Muppets of Sesame Street) back in 2004 from the heirs of Jim Henson after many years of negotiation.  Let's hope Disney does these wonderful characters proud and gives them their proper due. 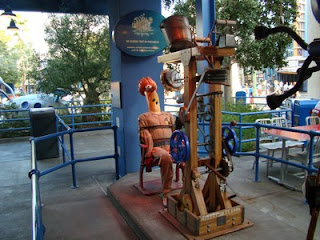 In 2011, Disney gave Muppet creator Jim Henson the honor of Disney Legend even though none of Jim's Muppet work was done under the Disney label.  The honor was presented to the family of Jim Henson who Disney well compensated when they sold the rights to the Muppets to the Walt Disney Company.  In reality, before he died unexpectedly in 1990 of a bacterial lung infection, Henson was trying to negotiate the Muppets distribution rights to Disney.  He wanted Disney to handle the business end while he could concentrate his efforts on the creative side.  The condition that caused Jim Henson's death was sadly treatable.  He avoided going to the hospital before it got to be too late because, as the story goes, "he didn't want to bother anyone." A family of Muppets lost their creator.  A generation of people lost a friend.  The picture below is from the "dreamers" collection that graces the Disneyland Opera House. 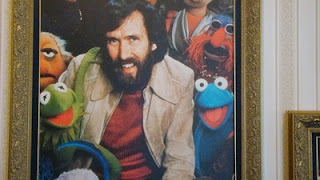