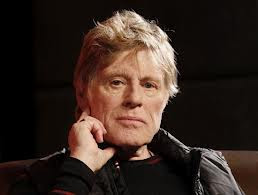 Grizzled Hollywood veteran actor Tommy Lee Jones made a fine contribution to the great Marvel movie effort Captain America - The First Avenger. Now, according to TheWrap.com, another one time pretty boy but now grizzled Hollywood veteran, Robert Redford, is in serious negotiations to appear in Captain America's next installment The Winter Soldier. Redford's character is reported to be a senior member in S.H.I.E.L.D's leadership.
Now this does an old heart like mine good. Enjoyment of the Marvel Universe along with the characters and movies keep me looking at the young side of things. Having an actor like Robert Redford that I have admired for many years enter that world allows me to age gracefully.
Redford starred in some of my favorite movies ever - Butch Cassidy and the Sundance Kid, Three Days of the Condor, and The Natural among them. Having him come on board for the next Captain America is most welcomed and eagerly anticipated - at least by me.