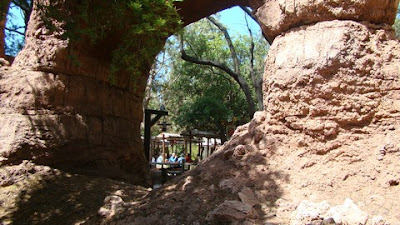 Yesterday, I was trudging down the hallway at work, coffee in hand, heading towards the cubicle I call home for about 10 or 11 hours a day (but only 4 days a week!) when I ran into a co-worker who stopped me and said she had just returned from a trip to Disneyland last week. This happens to me a lot. Everyone at work knows I'm a Disneyland kind of guy. They all give me reports on their trips. Sometimes they ask for advice (though I have never claimed to be an expert). Many are readers of this blog (Hi!). Anyway, Stephanie told me what a great time she had with her two kids and her parents (leaving her husband at home who I guess just isn't a Disneyland kind of guy). 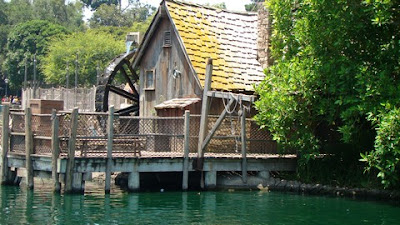 It was her first trip to Cars Land so naturally told me how great it was and how amazing it was to see Radiator Springs in real life and that RS Racers was an amazing ride experience though the wait between getting a fast pass and actually getting on the ride was about a 2 hour investment of time - but well worth it. She is another who has said what is now a common practice - from now on, they are just going to use the single rider line now that they have done it as a family. 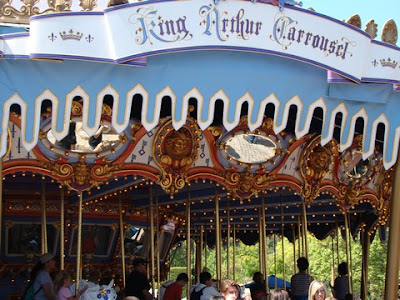 I asked her how long her trip was and from there it was a lament that I hear all too often from the occasional Disneyland visitors - "It just wasn't enough time". She said they were there for two days. She said on the first day she pretty much spent in Disneyland, pushing and driving her kids to get on as many rides as they possibly could while seeing the exhaustion in their eyes. She said the next day she pretty much did the same thing only over at DCA. And she told me that she could easily see why people like me usually spend 4, 5, or 6 days there, especially if you have younger kids. She said naps for everybody would have been a very nice thing but the brutal schedule of trying to cram as much as you can in two days just didn't allow it. 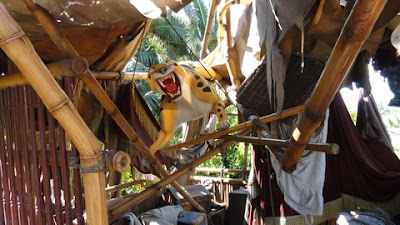 I didn't ask her but from the trip she was describing I could see her trip was mostly about getting her and her kids on as many rides as possible. That's the way kids are. That's the way I certainly was. "I wanna go on this!" "I wanna go on that!" and on and on until you just want to go to sleep in corner somewhere. But by cramming all the rides you can into a day or two, you really do miss out on so much else the Disneyland experience has to offer. I remember talking to someone else and every time I brought up something that was more of an attraction rather than a ride the response was "Didn't see it - didn't have time". Trust me, not everything has to move in order to provide first rate entertainment. 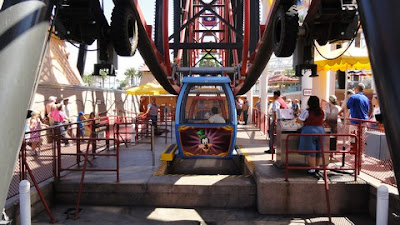 Here's the deal - if you don't take the time to see World of Color or Fantasmic, you are missing out on something special. If you don't time to actually see the fireworks from somewhere on Main Street where you can actually hear the soundtrack, then you are missing out. If you don't take the time to see the Enchanted Tiki Room, Mr. Lincoln, or a show by Billy Hill and the Hillbillies then you are missing out on some Disneyland treasures. If you don't take the time to see the 3D shows like It's Tough to Be A Bug and The Muppets (when Disney doesn't run them out of their own theater to promote something else) at least a once, then you are missing out on some fun. If you don't' stop in to see Innoventions or Captain EO, then you haven't missed anything (I had to throw that in). Aladdin, Turtle Talk with Crush, Disney Jr. Playhouse, entertainment for everyone. It's just not all about rides, or characters, or parades.
My final comment is this. I hear so many times that "I wish we had more time". "I wish we had another day or two". Take the time, do it. It will make it easier and more enjoyable for yourself and the good folks at Disney will love you for dropping the extra dollars in their pockets. You know - I've made several trips to Disneyland where when I got to end, I was good and ready to go home and couldn't get in the car or on a plane fast enough. I spent so much time there having fun that I pretty much "funned" myself out. It's a better feeling than thinking about everything you might have missed out on. 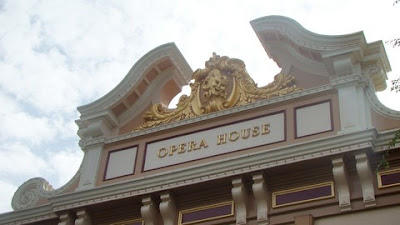